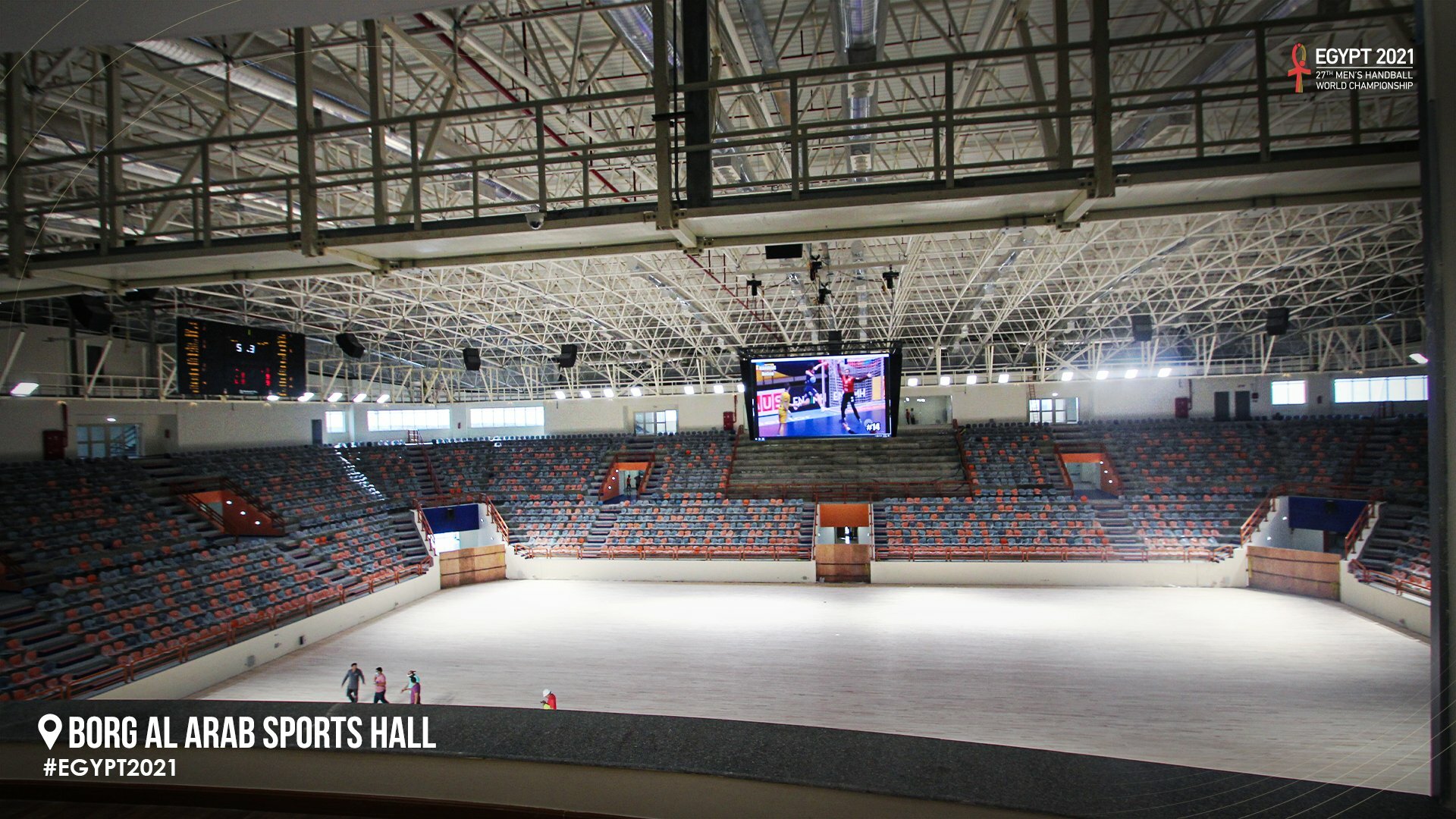 The Borg El Arab Sports Hall is a 5,000-spectator capacity hall that was built specifically as part of Egypt’s successful bid to host the 27th IHF Men’s World Championship.

The hall is the “younger sibling” of Borg El Arab Stadium, one of the largest in Africa, which has been a frequent host of numerous Egyptian, African, and international football competitions since it was founded in 2007.

The stadium also holds a fond place and sentimental memory in many Egyptians’ hearts, as it was the site where Egypt clinched its historic qualification for the 2018 World Cup.

The Borg El Arab Hall is less than 35 km (20 miles) from downtown Alexandria, Egypt’s second largest city and a jewel of the Mediterranean.