What they said: Spain vs Brazil 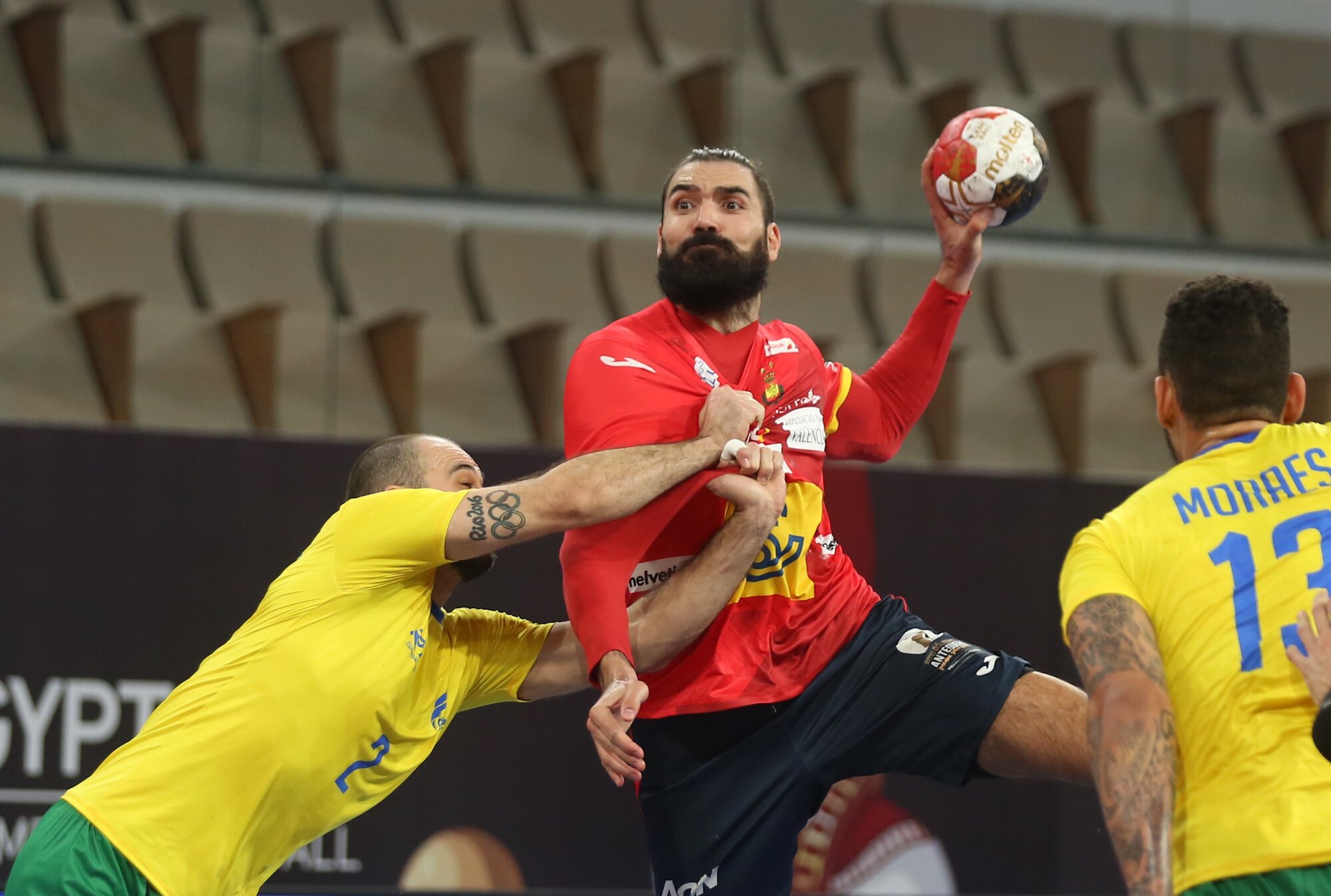 Spain's Head coach Jordi Ribera congratulated Brazil for the draw result in their first match in the group.

Spain and Brazil had drawn 29:29 in the opening match of group B at the New Capital City Hall.

In the press conference that followed the match, Ribera said " I congratulate Brazil for the draw today and the big game they have played. They made it difficult for us and it took us eight mins to score our first goal. Then, we showed some progress and got back to the game. In the second period, we played better, but then we lost our concentration as we played with six players in the attack."

"The Brazilians used our lack of focus and succeeded in reaching a draw, in addition to us losing so many chances to score. It is still the beginning. We still have two more games to play against Poland and Tunisia and we will play to win and restore our balance."

Angel Fernandez, Spain's left wing has also congratulated Brazil for the draw result, " They played a good game and it was hard on us. We lost many chances which has caused us today's draw. At the beginning, we were behind but managed to comeback to the game, then we lost focus again. Anyway, we will work on correcting our mistakes in the next matches to win and qualify to the second round." Fernandez concluded.

Brazil's coach Alvaro Herdero said, " We played a fantastic game and it was very difficult and we faced some problems but we had good players and we overcame our problems from the beginning.

"The opening match is always difficult but we displayed a wonderful performance. We had studied Spain very well and watched videoes of their matched which helped us to reach this result."

"The changes we made in the game helped us a lot and brought us back to the game. I wish we could continue on the same level in the next matches."

Pivot Rogerio Moraes added: " At the beginning I would like to thank Egypt for this great organisation in such hard circumstances which the whole world is suffering from because of the Covid19. We, as players, are happy to be here in Egypt because of the perfect precautionary measures applied which making it a wonderful event"

"We played a great game against Spain in the absence of our head coach who contacted the virus. We haven't seen him from a long time but we have overcome all our difficulties and we are looking forward to playing more great games and achieve a good place ".