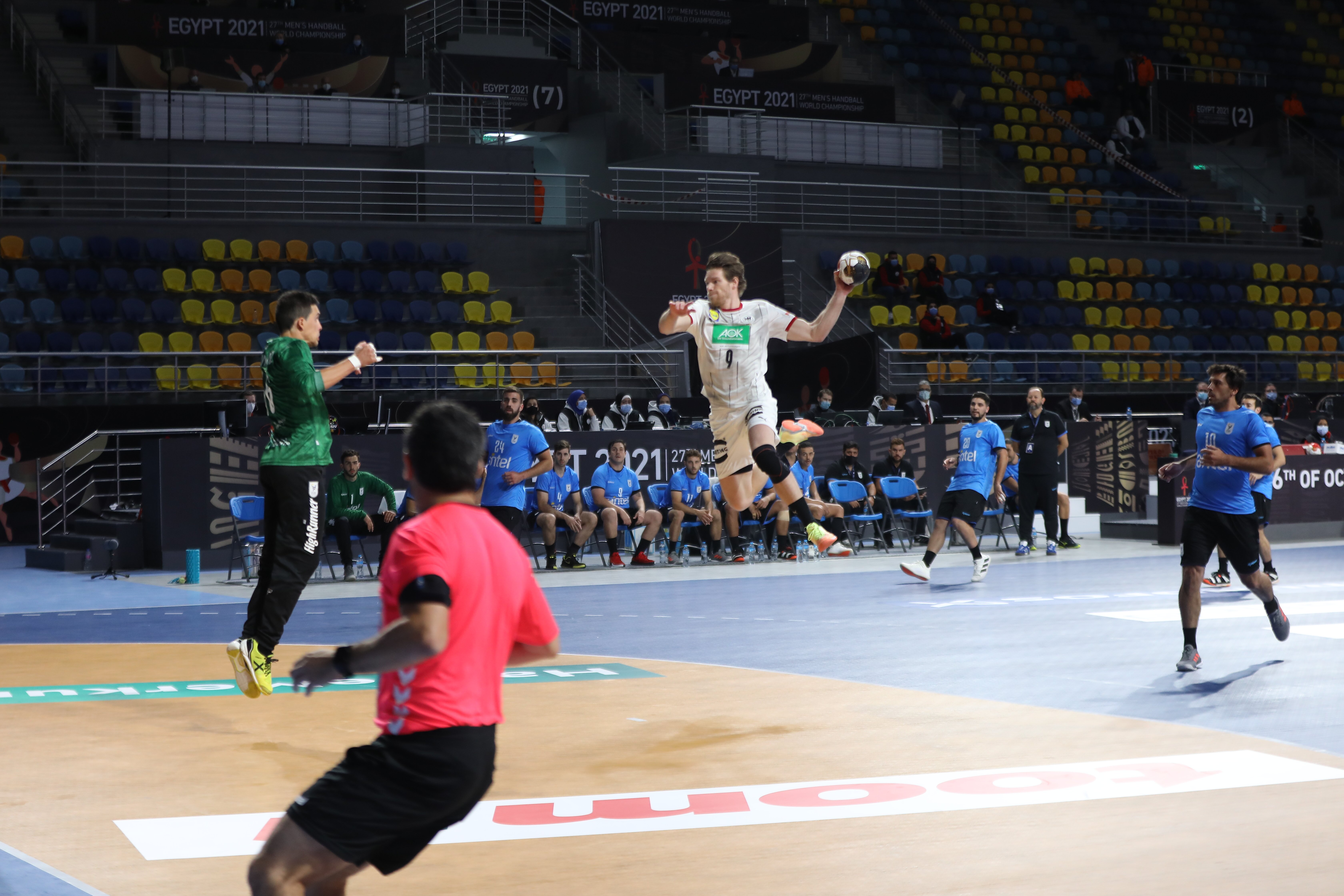 Germany have opened their campaign at the 27th IHF Men’s Handball World Championship - Egypt 2021 by beating Uruguay 43:14 in the first round of Group A games at the Dr Hassan Moustafa Indoor Sports Complex, 6th of October on Friday.

The Germans dominated the first period with a 16:4 lead over Uruguay, in a tense 30 minutes that saw lots of action.

In the second period Germany continued putting on a superb show and snatched the victory over Uruguay with a score of 43:14.

Germany are in the driving seat in Group A after beating Uruguay, awaiting the result of the game between Hungary and Cape Verde, which will be played late on Friday in the same group.

Uruguay’s pivot Felipe Alfonso Gonzalez Alloza claimed the ‘Player of the Match Award’ after a superb performance during the game, despite his team’s loss.

Germany will face Cape Verde in the second round of Group A games on Sunday, while Uruguay will take on Hungary in the same day.