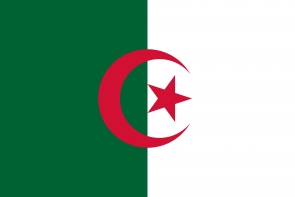 Road to Egypt 2021: Algeria booked their place in Egypt 2021, the 27th IHF Men’s World Championship after snatching the third place in the 2020 African Men’s Handball Championship

History: Algeria played in 14 World Championships and they finished the 2001 tournament in the 13th place.

Between 2008 and 2016, Algeria were prominent in African handball, even winning the 2014 CAHB Men’s African Championship.

However, ‘Les Fennecs’ have taken a step back in recent years, including not qualifying for the last two editions of the IHF World Championship.

With French coach Alain Portes on their bench, Algeria are back and look to proceed to the main round of the World Championship after failing to win a game in their last appearance.

With a great resume and a lot of experience, Portes is challenged with improving Algeria’s chemistry, despite having spent little time with his players due to the COVID-19 pandemic.

Built around players playing in Algeria, Les Fennecs also have key starters scattered in different foreign leagues, so Portes will have his work cut out, especially as there is little room for mistakes in this group.

“The draw for the tournament is definitely difficult and it is clear that Portugal and Iceland are among the strongest teams, so we will fight against Morocco in the first match and then we will try to make a surprise in front of our other opponents,” said Portes.

Experience will be key at Egypt 2021 and Algeria’s hopes will depend on their start, as their first game will be against neighbour, rival and familiar foe, Morocco.

“Algeria did not qualify for the last two tournaments, so we want to show our best performance against the strong teams that are playing here and we are happy with this opportunity,” said Portes.

Starting the third year of his tenure as the Algeria coach, Portes will rely on the core of the team that finished third at the 2020 CAHB Men’s African Championship in January.

A trio of 23-year-old players will lead Algeria at the World Championship, as Portes is likely to mix the exuberance of youth with the presence of experience.

"I think I will rely on the experienced players by connecting them to young players with high potential and who will learn a lot in this tournament," added Portes.

Mustapha Hadj Sadok, the 2020 CAHB Men’s African Championship All-star Centre back will once again be the creative force for Algeria.

Goalkeeper Khalifa Ghedbane who left Vardar to move back to Spain, at Ademar Leon, will surely boost his credentials before the World Championship.

Goals could come from right back Ayoub Abdi, as the 23-year-old Algerian player has gained experience at Fenix Toulouse, both in the French League and in the EHF European League.

Algeria finished last with seven losses in seven games in the 2015 World Championship, therefore the only way to go is up.

“We will try to qualify for the second round, and if this is not possible we will strive to get the best possible ranking place,” concluded Algeria’s 58-year-old French coach.