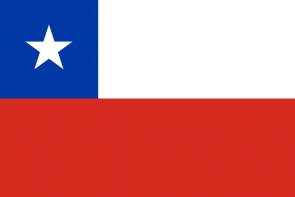 History: Chile made only five appearances in the World Championship starting 2011.

2020 was truly a roller-coaster of emotions for the handball world and it has been no different for Chile. The Chilean side failed to clinch a berth for the 27th IHF Men’s World Championship in Egypt via the 2020 Men's South and Central American Championship in January, where they finished fourth, but ultimately were awarded a place at the Egypt 2021 after a nomination by the IHF Council earlier this month.

With difficulties to organise the ‘Last Chance Qualification Tournament’, which was supposed to feature Chile, Colombia, Paraguay and El Salvador, making it impossible to take place in November, Chile was nominated as the best-ranked country at the last Men’s South and Central American Championship, excluding the already-qualified countries.

This means that the Chilean side will make their sixth appearance in a row at the IHF Men’s World Championship and they are aiming high, despite being drawn in a tough group, which includes host nation Egypt and two European sides, Sweden and the Czech Republic.

“From a personal point of view, I am very happy, because it is very good news for our national team and it would have been a shame to fail to take part in this tournament. We had a good streak going and it is an honour to be part of Egypt 2021,” said Chile’s coach, Mateo Garralda, to ihf.info.

Chile have proved to be no pushovers in the past years, as a good part of their players who will take part in Egypt 2021 have already been playing in Europe for several years. This includes Rodrigo and Esteban Joaquin Salinas, the pair of brothers who are currently playing for Bidasoa Irun in Spain, and the Feuchtmann brothers, who have played in Germany, France and Spain.

The Salinas brothers, as well as the Feuchtmann brothers are staples of Chilean handball and look to deliver their best performance in Egypt. However, the COVID-19 pandemic has also generated difficulties for Chilean handball, as the team have not met or trained together since January.

“This tournament will be very special or different, having not met in nearly a year is a very big handicap, but we will see other teams that are in the same situation. Therefore, what we need to do and work for is to prepare the games at the best we can and reach the tournament in our best form, but it will be a special tournament for many countries,” added Garralda.

Handball in Chile is becoming increasingly popular, with the national team constantly improving in the past decade. At the 2019 IHF Men’s World Championship, Chile recorded their best-ever finish in the tournament, 16th, after winning two games, including one against Austria, 32:24 – their biggest-ever victory against a European opponent.

Up until this point, Chile have eight wins out of 35 games at the IHF Men’s World Championship and, provided they keep the same rhythm of the past two tournaments, they can reach the 10-win milestone in Egypt.

“If we talk about the next tournaments, I think it is a must to keep our streak alive, because from a sporting point of view, we will only grow if we play against the best sides. Sure, we can develop while playing in South America, but above all, we know we must work harder and be better each time we take the court,” continued Garralda.

The 50-year-old coach has been echoed by one of the most experienced Chilean players, Erwin Feuchtmann, himself at his fifth World Championship participation.

“Playing in this tournament will help Chilean handball develop, as the level is high, likewise the interest in our country. Our handball has been slowly getting to speed and this may help it get better even further,” said Feuchtmann.

To progress to the main round of the competition for the first time, Chile will have to win at least one game against either Egypt, Sweden or the Czech Republic, a tough task for a team that only earned their berth for the competition two months before throw-off. Though they have beaten European teams at the past two World Championships, Belarus and Austria, the South Americans are now facing medal contender Sweden and the Czech Republic, who have a physical style of playing which does not suit Chile.

“Our objective is to progress to the main round, but the group is very hard. I think we have circled the game against Czech Republic as the most winnable one, so we will focus on that and try to achieve our objective, which is to have our best World Championship yet,” said Erwin Feuchtmann, the 30-year-old left back, who played in Romania, Austria, Germany, France and is currently based in Spain, playing for Ademar Leon.

Both Feuchtmann and Garralda remain optimistic despite the short notice: “We do not know where the national team camp will take place, but we are to report on the 26th of December are happy to do it, we can hardly wait to play this tournament,” concluded Feuchtmann.

And if Garralda is to be believed, Chile are in to be a dark horse, as all players will be highly motivated to achieve their best-ever result in the competition.

“The players are excited, and I cannot begin to underline the feeling for them when they don the national team shirt. All of our players have said that what makes them the proudest in handball is to play for the national team,” concluded the Spanish coach, a six-time winner of the EHF Champions League Men as a player.