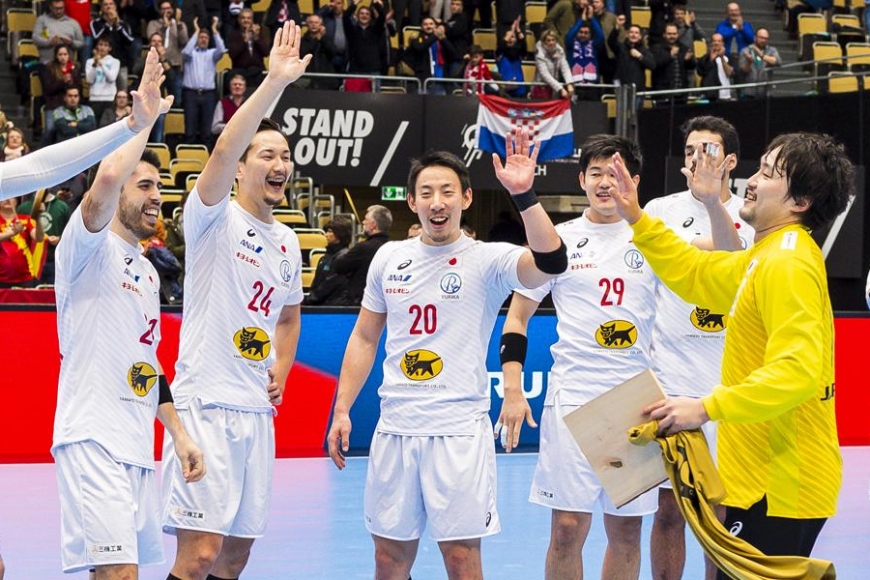 Road to Egypt 2021: Japan booked their place in the 27th Men’s Handball World Championship after coming third at the 2020 AHF Asian Men’s Championship.

History: Japan have made 14 appearances in the World Championships, with the best Japanese performance in 1970, when they ended the tournament in 10th place.

“We want to do better than the last time, in which we were 24th. But of course, we also want to present Japan with a positive and exciting handball that would give us hope for the Olympics in the next summer,” affirms Japan coach Dagur Sigurdsson.

The 47-year-old Icelandic coach describes Japan as a team full of “speed and with a unique style of handball.” Their bronze-medal campaign at the 2020 AHF Men’s Asian Championship is proof of their improvement after losing all their matches and placing last at the 2019 IHF Men’s World Championship. Sigurdsson believes they are getting “better and better”, but “definitely lack experience in playing big games.”

In January, at the Asian Championship, Japan had a clear chance to make the final, a stage that they had not reached since 2004. After beating PR of China 39:16 and losing to Qatar 28:36 in the preliminary round, they went on a winning streak in the main round – defeating Saudi Arabia 30:22, the United Arab Emirates 31:19 and Bahrain 25:23.

In the semi-final, Japan led the whole game against Republic of Korea but only managed a 29:29 draw in the end. In extra time, however, Korea had the upper hand and won the match 34:32. It was a hard pill to swallow for Sigurdsson’s side, but they recovered to defeat Bahrain once again in a thrilling bronze-medal match (27:26).

A brilliant Yuto Agarie led the Japan side at Kuwait 2020. The 27-year-old centre back, who plays at home for Daido Steel club, was awarded Most Valuable Player of the continental event. He contributed 21 goals at Germany/Denmark 2019.

Captain Remi Anri Doi also performed exceptionally in Kuwait and was named All-star Left wing. At the last World Championship, he scored 22 goals, succeeding in 85% of the shots he took. Born in Paris but raised in Japan, the 31-year-old player returned to France in 2012 to join Chambery Savoie. His career includes four consecutive seasons in the French LIDL Starligue and a Proligue (2nd division) title in the 2018/19 season with Chartres Metropole – his last club in Europe, before going back to Japan to represent Osaki Electric.

Coach Dagur Sigurdsson believes they were drawn in a very strong preliminary round group at Egypt 2021. “There is Croatia and Qatar, two of the world’s best teams, and Angola – to whom we lost at the last World Championship [29:32 in the 23/24 placement match]. It will be very challenging for us, especially in a physical way.

“Unfortunately, due to the COVID-19 pandemic we had to cancel our friendly matches and make our preparation simpler. Therefore, we will fly directly from Japan to Egypt without any stop-over in Europe. This will mean that our preparation will be done completely in Tokyo this time.”

Regarding the increase in the number of teams participating in the World Championship, 32 instead of 24, the Japan coach thinks “it’s very interesting. This will give more experience to the teams that are ranked lower. At first, the quality difference can be extreme but hopefully going forward this will even out, and we will see a stronger global sport.”